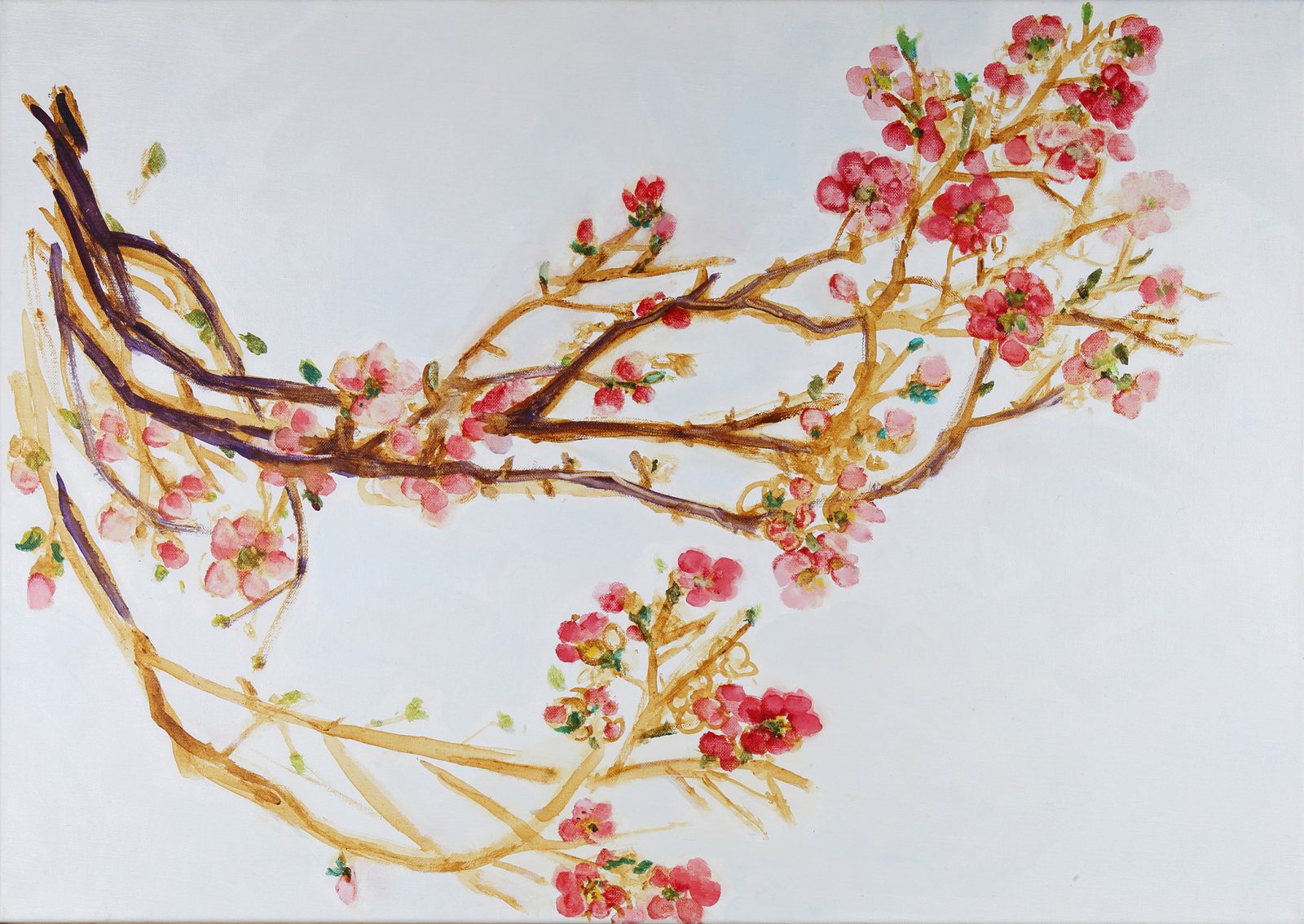 studied painting at the Academy of Arts in Düsseldorf as a masterclass student under Norbert Tadeusz und Gerhard Richter and currently lives in the south of France, Düsseldorf and Berlin.

Since 1995 she has been a student of Sogyal Rinpoche. Since 1997 she has created her paintings deliberately avoiding the use of any photographic aids. Thus they arise as a direct impression of her field of perception, as watercolour and pencil on paper as well as oil on canvas.

It is the obvious, the mundane, which fascinate her – the view from a window, a table, a sink, a blossom, a branch, and frequent portraits of friends.

The painting – as a mirror, seemingly incidentally, almost randomly, sensually, vibrantly; one to one in silent dialogue with it’s counterpart, before the forming of any concept – arises by itself.

Since 2006 it has primarily been the rough, vast, luminescent landscape of the Cévennes in southern France, in which the traditional Tibetan Buddhist monastery of Lerab Ling came into being. In this place she completed a three-year retreat under the guidance of Sogyal Rinpoche and has since spent a large part of her time with the study and practice of the Buddhist wisdom-teachings.

Works completed in recent years are on displayed in the book published in 2018 riding on the suns rays.